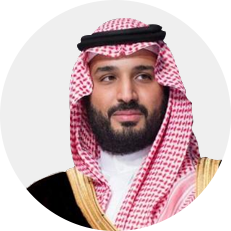 H.R.H. Mohammed bin Salman is the Crown Prince of Saudi Arabia, First Deputy Prime Minister, President of the Council for Economic and Development Affairs, Minister of Defense and Chairman of the Public Investment Fund (PIF). H.R.H. is leading the effort to restructure Saudi Arabia’s economy with the implementation of Vision 2030, which aims to reduce the Kingdom’s dependence on oil and develop public service sectors such as health, education, infrastructure, recreation and tourism. 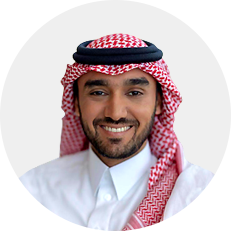 H.R.H. Prince Abdulaziz bin Turki bin Faisal Al-Saud is the Minister of Sports and is leading efforts towards developing a vibrant sporting economy, creating opportunities for the entire country to play and helping Saudi’s athletes on their journey from amateur to elite. His motor racing background saw him named a Red Bull athlete for his championship record. H.R.H. Prince Abdulaziz is also the President of the Saudi Arabian Olympic Committee, the Chairman of the Arab Football Federation, the Chairman of OCA Education Committee and a member of the Marketing Commission at the International Olympic Committee. 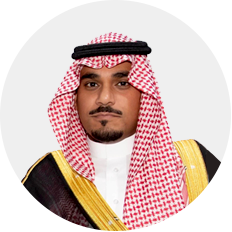 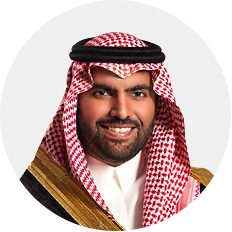 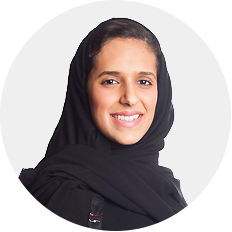 Princess Haifa is currently Vice Minister for Strategy and Investment at the Saudi Ministry of Tourism where she is responsible for implementing the National Tourism Strategy; from establishing effective regulations, policies and processes that will support the local industry, through to facilitating ease of doing business for investors and ensuring quality standards are met across the sector. She also sits on the board of directors at the General Authority of Civil Aviation (GACA), Qiddiya, the Tourism Development Fund (TDF), and the Tourism Development Council (TDC). Further, she is a prominent figure in the Saudi sports ecosystem, standing as Chairman of Arabic Fencing Women’s Federation and Vice Chairman of the Saudi Fencing Federation. Prior to her role at the Ministry of Tourism, she occupied the role of Secretary-General of Formula E Holdings, where she was in charge of organizing the largest global Formula E event in Diriyah, outside Riyadh, and the first ever in the MENA region. Her professional career began in at HSBC, in the UK then Saudi. She holds a Bachelor of Business Administration (BBA) from the University of New Haven, US, and a Master of Business Administration (MBA) from London Business School, UK. 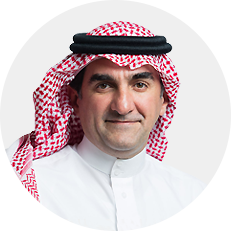 H.E. Yasir Al-Rumayyan is the Governor and board member of the Public Investment Fund (PIF) as well as the Chairman of Saudi Aramco’s Board of Directors; he led the oil giant’s successful IPO listing on the Saudi Stock Exchange. He is also an advisor to the General Secretariat of the Cabinet of Ministers and possesses extensive wealth management and investment banking experience. H.E. is a member of several boards including SoftBank Group, Saudi Industrial Development Fund and Uber Technologies; and Chairman of Sanabil Investments, Maaden and the Saudi Decision Support Center. Formerly, H.E. held the role of CEO and board member of Saudi Fransi Capital as well as a board member at the Saudi Stock Exchange where he was a member of the executive, investment and transition committees. He holds a bachelor’s degree in accounting from King Faisal University and is a graduate of the Harvard Business School’s General Management Program (GMP). 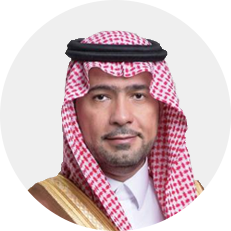 H.E. Mr. Majed bin Abdullah Al-Hogail is the Saudi Minister of Municipal and Rural Affairs and Housing and Chairman of the Real Estate General Authority. He has led the effort to implement the affordable housing initiative of Vision 2030. H.E. previously served as the Deputy Finance Director at the Saudi Arabian Monetary Agency (SAMA), as the CEO of Rafal, and was a member of the Board of Directors of Bank AlJazira, NAS Holding, Credit Suisse Saudi and WAFA insurance. H.E. obtained an MBA from the University of Illinois in the USA and is a Certified Public Accountant. 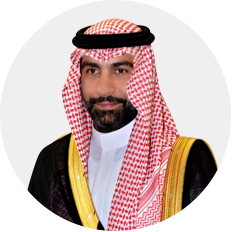 H.E. Fahd bin Abdulmohsen Al-Rasheed is the President of the Royal Commission for Riyadh City following his appointment as Advisor to the Royal Court. H.E. previously served as the Group CEO and Managing Director of King Abdullah Economic City (KAEC), CFO and Deputy Governor of the Saudi Arabian General Investment Authority (SAGIA). Al-Rasheed is also the Founder and Chairman of the non-profit Red Sea Foundation and the Vice Chairman of the Board of Trustees of the Prince Mohammed Bin Salman College of Business and Entrepreneurship. H.E. holds a bachelor’s degree in Business Administration from Washington University and an MBA from the Stanford Business School. He is a graduate of the Advanced Management Program at the Harvard Graduate School of Design. 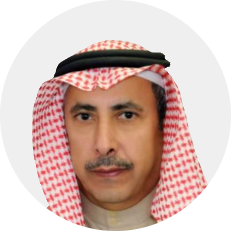 H.E. Eng. Al-Sultan, Advisor to the Saudi Royal Courts served as the Mayor of Riyadh and Secretary General of Arriyadh Development Authority. H.E. has over 35 years of experience in administering and supervising metropolitan development efforts. H.E. obtained his Bachelor of Science in Civil Engineering from King Fahd University of Petroleum and Minerals. 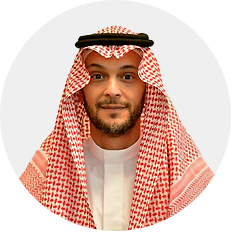 Eng. Faisal Bafarat is the CEO of the General Entertainment Authority (GEA). He first began his career in California, USA as an Engineer at Motorola Technology. Later, he was appointed as Brand Manager at Procter & Gamble, and next joined the Saudi Arabian General Investment Authority (SAGIA) as Vice President of the Regional Development Agency, before becoming its Deputy Governor. Eng. Bafarat holds a bachelor’s degree in Mechanical Engineering from San Francisco University in California. 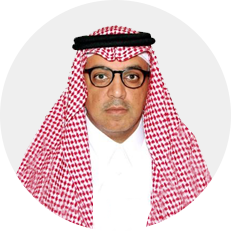 Dr. Rakan Al-Harthy is the founder and CEO of Sela Sport company and the Vice President of Sela Holding Company. He led and managed Sela Sport for over two decades in the sport and entertainment sectors until it became a leader in that field. In partnership with government entities, Sela contributed to the growth and quality of sports and entertainment in Saudi Arabia. Dr. Rakan is a pioneer in the entertainment industry and received an award at the Joy Entertainment Industry Forum in Riyadh in 2019. 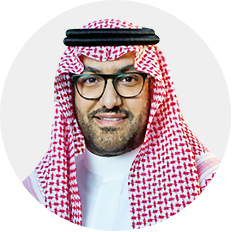 Mr. Fahd Hamidaddin is the CEO and board member of the Saudi Tourism Authority, responsible for delivering on the mandate to build domestic and inbound visitation by developing, packaging and distributing tourism offerings. Previously, Mr. Fahd held the role of Chief Investment, Strategy and Tourism Marketing Officer for the Saudi Ministry of Tourism where he played a pivotal role in the electronic visa launch. Other roles included Chief Commercial Officer at King Abdullah Economic City (KAEC) and Chief of Marketing and Competitiveness at the Saudi Arabian General Investment Authority (SAGIA). Additionally, Mr. Fahd is a member of the board of trustees for the Prince Mohammad bin Salman College for Business and Entrepreneurship, the board of the General Authority for Conventions and Exhibitions, and several other government committees. 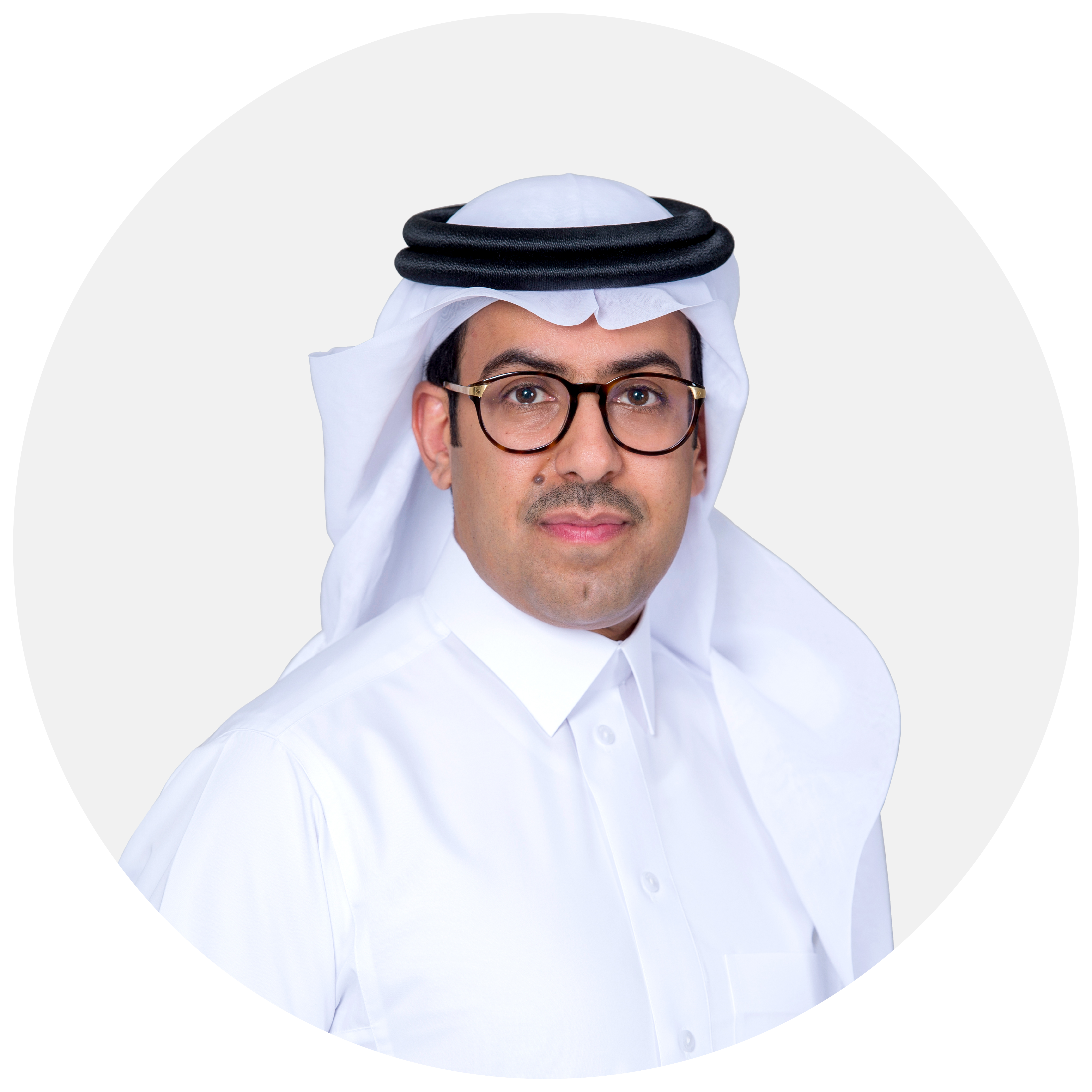 Abdullah is a Saudi banker, investor and executive with more than 15 years of experience in investment banking, during which he held many executive positions, including the position of Vice President for Investment Banking Services at Deutsche Bank in the Middle East and North Africa region. Today he serves as the Managing Director of Qiddiya Investment Company the mega-entertainment hub in the heart of the Kingdom of Saudi Arabia. Abdullah is also the Managing Director of Seera Holding Group, a publicly listed company, where he transformed the Group from a traditional Travel & Tourism agency to a leading multi-business with interests across Travel, Tourism, Hospitality, Car Rental as well as Technology and was largest investors in Careem before selling it to Uber. Abdullah is the Executive Chairman of Saudi Entertainment Ventures Company (SEVEN), a PIF company working to establish 20 entertainment complexes in the cities of the Kingdom of Saudi Arabia to be the national champion for the advancement of the sector in the Kingdom, where he led the design of the strategy and the ongoing execution. Abdullah is also the Owner, Founder and Chairman of Al-Raedah Finance Company licensed by the Central Bank of Saudi Arabia, where the company provides technology driven financing solutions to medium and small businesses through its digital platforms. Abdullah served and continue to serve as a Board Member of several Saudi and international companies, including the Hotel Management Company, Rou’a Al Madinah Holding Company, the Saudi Stock Exchange Company (Tadawul), all are owned by the Public Investment Fund, as well as the MBC Group (MBC), the MENA media conglomerate, and World Business Lenders in the United States and other companies in several sectors. Abdullah holds a master’s degree in Political Science and International Relations from Georgetown University in the United States as well as a master’s degree in Business Administration with honors from the same university.

H.R.H. Mohammed bin Salman is the Crown Prince of Saudi Arabia, First Deputy Prime Minister, President of the Council for Economic and Development Affairs, Minister of Defense and Chairman of the Public Investment Fund (PIF). H.R.H. is leading the effort to restructure Saudi Arabia’s economy with the implementation of Vision 2030, which aims to reduce the Kingdom’s dependence on oil and develop public service sectors such as health, education, infrastructure, recreation and tourism.