The current composition of the Saudi economy relies heavily on oil and gas. In line with the objectives laid out in Vision 2030, Qiddiya will contribute to the diversification of the economy by investing in a wide-ranging portfolio of experiences, programmes, facilities and businesses in sectors other than petrochemicals, as well as in areas that are still at a very early stage of development.

Vision 2030 represents the strategic framework for the transformation and future of the Kingdom of Saudi Arabia. It clearly outlines a vision for creating a vibrant society, a thriving economy, and an ambitious nation, and includes a series of well-defined objectives and targeted outcomes. Each of several large-scale initiatives, with the very biggest referred to as “giga-projects”, represents a tangible commitment to manifest the central themes of the vision. As one of these initiatives, Qiddiya is strategically positioned to carry and deliver a significant share of the core tenets of Vision 2030. 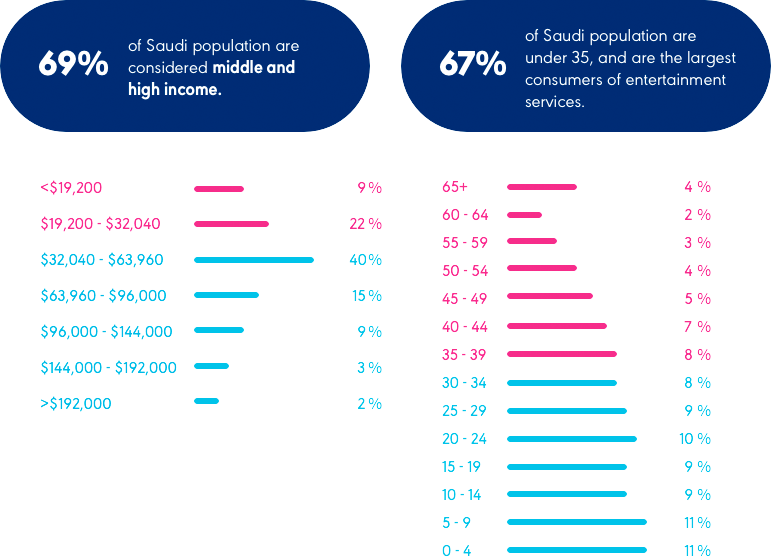 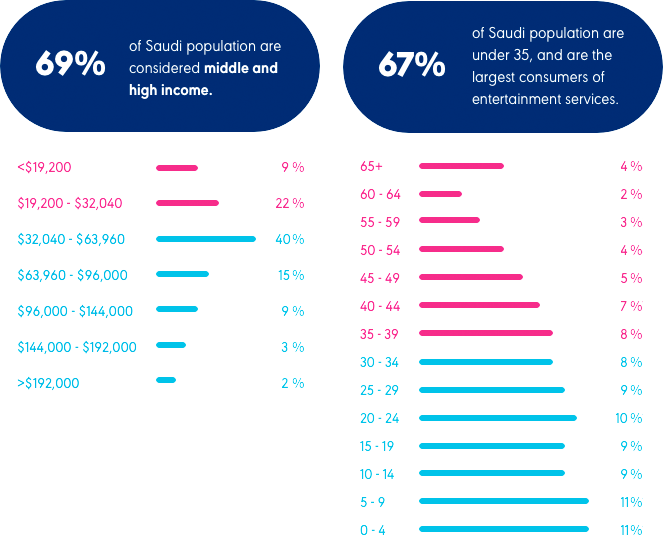 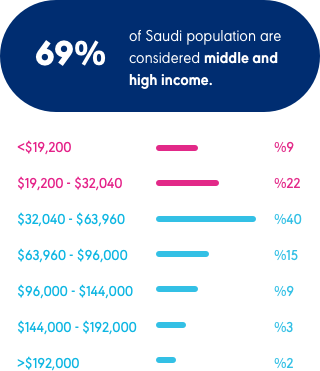 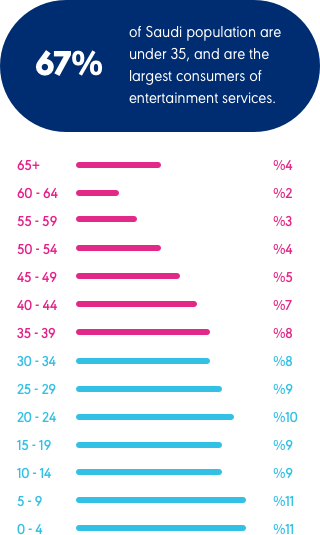 Saudis lead the G20 in international tourism spending as a percentage of GDP, due to a lack entertainment options at home.

And compared to other countries in the region, Saudi households spend the least on recreation and cultural activities in relation to other household spending. 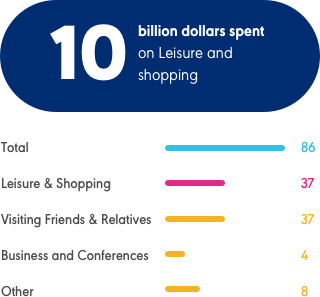 Ultimately, though, Qiddiya is being created to expose the youthful society of Saudi Arabia to new opportunities in entertainment, sports and the arts in an innovative and inspiring place. By doing so, it will nurture the creative industries that will help bring Qiddiya to life.